Sema, the Turning of the Soul 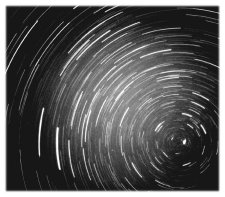 Wherever you turn, there is the Face of God. Surah Baqara 2:115

Together we burn in the sky of Sema…

Recently at our second annual International Mevlana Foundation summer camp, the blessing was given to this fakira of instructing the ladies in Sema. What a joy to share this beautiful practice with such radiant roses, such stars. Sema or “whirling,” is not just an individual practice but a community awakening. First, with each breath, with each turning of the body in coordination with the zhikr of “Allah” within the heart, there is the “community of oneself” that is called to awaken to harmony. But as one develops inner harmony, one is also called into deeper relationship with one’s brothers and sisters, with the whole community of creation.

Within the Sema ceremony, before the whirling begins, we pass three times in procession during the peshrev or Sultan Weled walk. With each passage we bow to each other, essence to essence, meeting each other in mukabele, the meeting Face to Face. We share the progression from mineral, to vegetable, to animal, dying and birthing to a new state with each passage before our Creator. And then together we are born whirling as human beings–with greater movement, greater flexibility, with potential for deepening awareness of our Sustainer. Together we fly through the heavens of Being to merge with our Creator in the intensity of the third selam, the third greeting or period of whirling in the Sema ceremony. And then in the fourth selam, we cluster around the sun of the sheikh and return, radiating Light as we move back into this world, sharing in service.

How could the practice of this ceremony, this joining in deep worship of our Source be other than a ripening process under the Light of our Source when we perform it together with sound intention and love under the Light of our Pir, Hazreti Mevlana Jelaluddin Rumi! At the beginning of the third period of whirling, the third selam, the sheikh steps forward and internally recites a prayer:

May Allah grant you total soundness, O travelers on the Way of Love.
May the Beloved remove the veils from your eyes
And reveal to you the secrets of your time and of the true center.

Some years ago, the question arose as to whether it was really appropriate for men and women to turn together in the Sema ceremony. Our beloved Celebi, Celaleddin Bakir Celebi very sincerely and deeply considered this question. As our Threshold Society circle had been practicing the Sema in a mixed group since the 1970’s under the guidance of Suleyman Hayati Dede, our Celebi asked everyone in our circle to write to him of their experiences with Sema in a mixed ceremony. For some months he held these letters and this question close to his heart. Finally on 11/11, 1991 he wrote that he had received the message from Mevlana for which he had been waiting. He would not have made such an official decision without such a message. He expressed the realization that his decision would be a new guidance not just for our circle but for all the world, from this time forward. Confirmation of permission to turn together not only in our private gatherings but also occasionally in public, especially on the 30th of September, the day of Mevlana’s birth and on the 17th of December, the day of his passing into Union, came with these words:

“For how long will these clean and pure hearts
remain patiently in the earth?
Go all together, jump up, explode, exit the tombs.
A favor of forces comes to you as help.”

Celebi continued with a reminder that, “…There is a rule which was followed respectfully by all dervishes in tekkes: the reunion began with conversation and discussion (sohbet), followed by a prayer, followed by a zhikr (only the name of God), then the Sema and immediately after the Sema, staying alone in a cell or a room in meditation for as long as the social obligation of the participant person permits.”

We are deeply grateful for the loving guidance of Celaleddin Celebi, may God preserve his secret, and for the continuing guidance of our current Celebi, Faruk Hemdem Celebi. May God increase our guidance, our clarity, and our ability to serve together in this open-hearted Way of Beauty and Love.

Ya Hazreti Mevlana
Ya Allah Hu