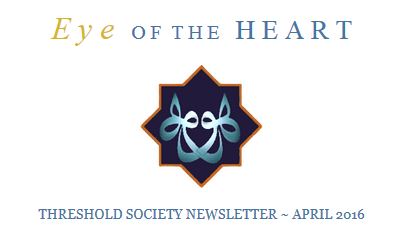 A New Era for Sufism

ALL AROUND the world, in villages and cities in India, Pakistan, West Africa, Morocco, Indonesia, in the Balkans, Sufis gather, usually in small groups, to remember God and welcome guests. More often than not they’re unaware of the extent of their presence throughout the world. And preferring their spiritual work and service to humanity to political organizing and propaganda, they pass unnoticed in the world.

The shrines of Sufi Saints are visited, and the travelers are recharged with the new grace. Some shrines, like those in Konya, or Lahore, or Touba, Senegal, or Delhi, attract millions per year.

Sufis are the educators of hearts, and there is no education more satisfying. In my talk at the World Sufi Forum I wanted to share a message about the hope that Sufism offers; and at the same time to offer a critique of some things that constrict and distort Sufism, as well as “religion” in general: The Weapons of Beauty.

And I also wrote a blog for Huffington Post to highlight the significance of Prime Minister Nevendra Modi’s inspired 20 minute talk on Sufism. I cannot evaluate the Prime Minister’s sincerity, but the message he sent out is historic.

Reflection on March’s theme: Our original food is the Nur of God. 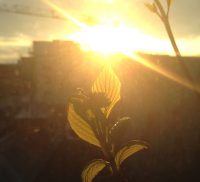 Dappled sunlight splayed on young fingers helping to clear old, dry leaves from a jasmine bush so tender new ones are allowed to grow.

Light shining in the dark recesses of my heart forcing me to stop being ‘pleasing’ and be honest, embrace my truth, and be angry. Giving myself permission to take action.

An enlightened moment with a beloved teacher cloaked in daylight leaving a powerful image of serene joy and quiet contentment.

All these memories from these last few weeks are imbued in light, at times gentle loving light and at others painful illumination. And my understanding of Nur grows.

We had held the intention to introduce Nur to our daughter this month, flicker by flicker, through play and candlelight. This intention became imbued with Divine Light so as well as teaching I learn.

Nur emerges in my relationships — with others and myself — when I can be an active recipient and witness. Difficult situations become easier as I sit in gratitude. Contentment becomes my state, as I savor each moment as a multi-faceted gift, a never-ending fractal. And contentment is mirrored back.

‘An-Nur is the light of every soul and an inherent characteristic in every pore of your body.’

‘The Lord wraps himself in light as a garment.’[2]

My thoughts weave patterns within my heart, and I am guided — ‘Allah is the light of the heavens and earth…  Allah guides to this light whomever He wills.’[3] A weekend welcoming the Light together and we become living, joyous, dancing flames in ethereal dialogue. Like that blissful moment of finally connecting fully with the Divine in turning. Then distractions enter, dislodging me. Other times, I immerse in the Divine connection in tranquility and contentment for days before again forgetting.

But always, always there is turning back to the Reality, the Light, the original food of my soul. Light upon Light.

Prayer (dua) and zhikr are methodologies to manifest the divine names latent in our being.

Wisdom Stories from the Sufi Tradition

An eCourse with Shaikh Kabir Helminski in May 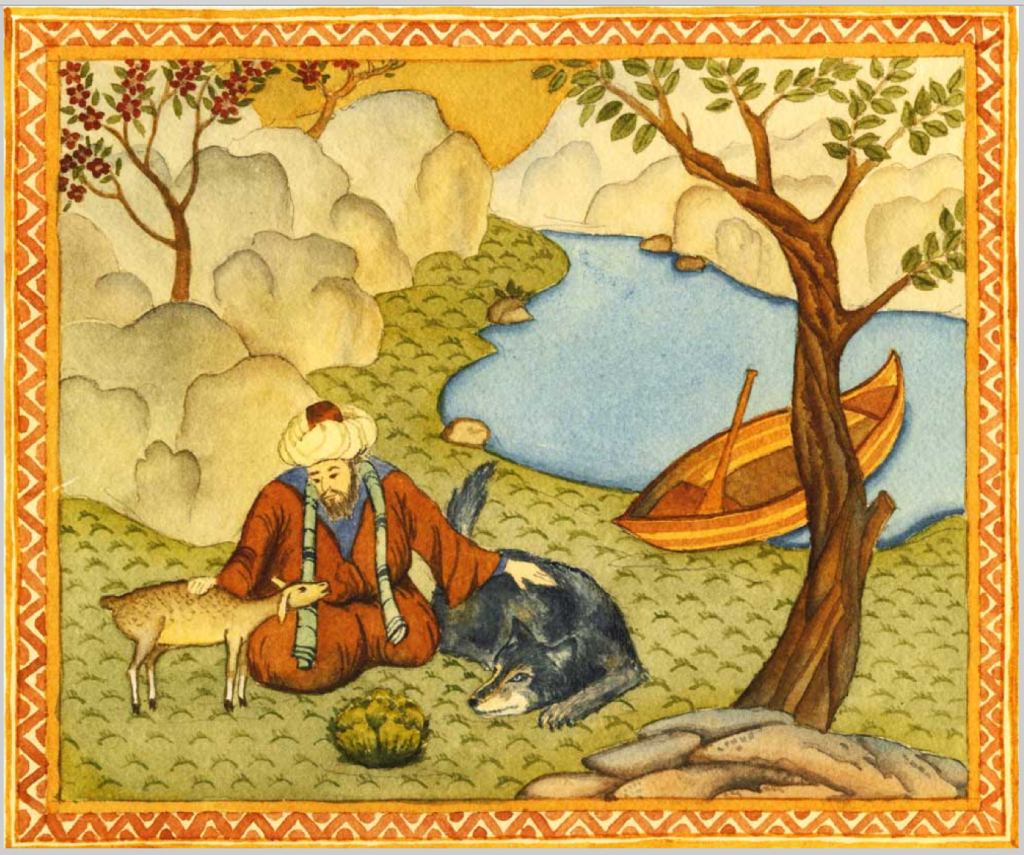 Drawing on Rumi, as well as the rich storytelling traditions of Central Asian Sufism, we will reflect on how stories become containers for meaning, lenses for perception, and multidimensional symbols for the education of the soul. One of the keys to comprehending Sufi stories is to be aware of the context of meaning, the spiritual universe that was assumed by the storyteller. And yet each story adds something new to that context, expanding our awareness and understanding of the soul’s journey and the spiritual nature of reality. Some stories reflect back to us the subtle ways in which our ego’s biases distort reality. While other stories give us hints of what it must be like to live in a state of divine realization, free from the domination of the false self. Some stories are derived from the history of our tradition and its spiritual heroes. Others are pure allegory, meant to be held consciously in our hearts, viewed from different angles, transferred to our deeper mind in order to become a perpetual source of meaning.

Beginning May 2-27, ‘Wisdom Stories from the Sufi Tradition’ will be offered through spiritualityandpractice.com. More notifications will come through this newsletter and through Sufism.org. 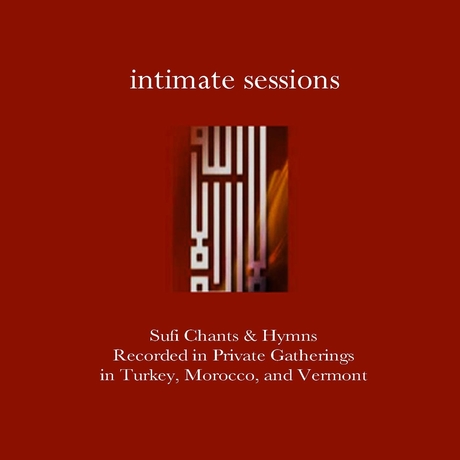 A beautiful collection of sacred songs and chants performed by singers and musicians trained in the Sufi tradition. Recorded in private gatherings in Turkey, Morocco, and Vermont. 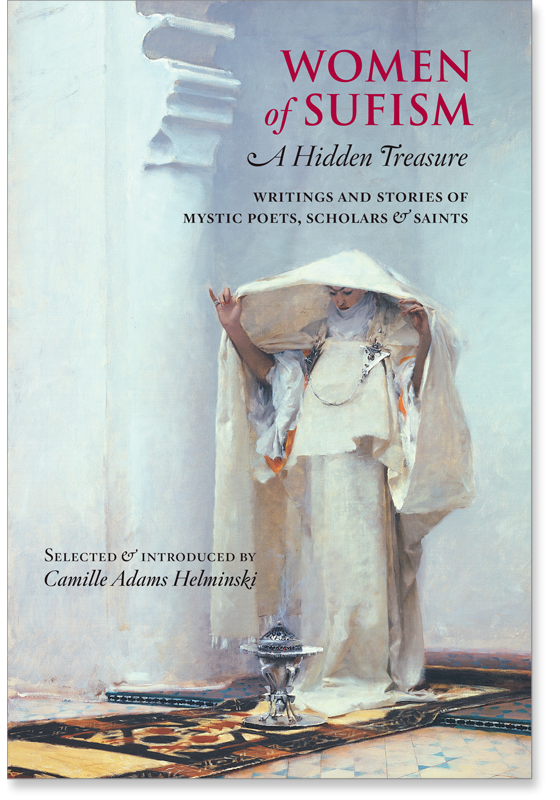 Friends of the Threshold community are invited to a study group to read and discuss Women of Sufism: A Hidden Treasure, Writings and Stories of Mystic Poets, Scholars, and Saints by Shaikha Camille Helminski.

The book has been split into segments to be studied over six months. At the start of each month we will post an invitation for you to offer reflections. See the website for more details, guidelines and access to the monthly discussion posts.

As with every time I read this book, reading about the stature of these women..my sheer inadequacy and the facile nature of my so called spiritual pursuit is shown for what it is…but how to overcome the guilt at not putting the Divine as always central when Rabia of Basra especially.. seemed to never be satisfied with her quest?..Mevlana and the male sufis seemed to have more equanimity with the never truly knowing and SEEMED kinder to themselves – clearly a chapter is not enough to understand. And I have learnt from her total uncompromising reliance on God alone.

It is striking to observe how the ways of being identified as a woman have changed so little over the centuries, and that as spiritual seekers we still find ourselves in some sort of ambiguous category of ‘other’. But for me what stood out in these readings was also the way that these women defined themselves in relation to the Divine rather than the society around them. And I think that, if one is able to reach that point of only seeing the face of the Beloved wherever one turns, inshallah, that is where the contradictions and conflicts would resolve, because one is then seeing oneself with the eyes of wholeness and that all-encompassing acceptance that is the essence of Hu’s Compassion and Mercy.

Is the way to God through asceticism? I believe based on observation and reading, that there are two types of seekers, those who weep at the thought of God, when reading the Quran, etc (they are under the influence of the names of Majesty) and those who get overwhelmed by joy and happiness under the same circumstances (and are under the influence of the names of Beauty). I think that we know more of mystic men than of ascetic men because the mystic men were teachers or preachers or had social jobs whilst ascetic men tended to live hidden or to be low key.

The Faithfulness of Soil

How many a generous rain has poured,
so that the sea could scatter pearls!
How many a sun of blessing has shone,
so that clouds and seas might learn generosity!

The sunbeams of Wisdom struck the soil,
so that earth might receive seed:
the soil is faithful to its trust—
whatever you sow, you reap.

The soil’s faithfulness comes from that Faithful One,
since the Sun of Justice shines on it.
Until springtime brings the touch of God,
the earth doesn’t reveal her secrets.