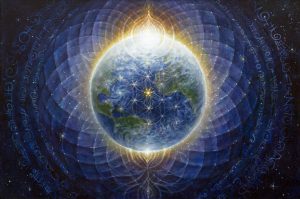 I was talking with a friend here in Kauai who is doing some important research in what I call the “matrix”. He said, “The work I want to do now for society can best be described as de-programming.” It struck a chord in my own heart as I realized that on the Sufi Path we not only need to be de-conditioned from the negative influences of the false self (nafs), but we are also subject to a pervasive social programming through mass media and popular culture. The work we do on ourselves must also include an awareness of this social programming. There are behind the scenes powers that control and influence so many aspects of public life creating a vast, realistic, but distorted canvas.

Islamophobia is just one current aspect of it. Do not be disheartened, shamed, or cowed by what appears everyday in the public world. As Sufis we should not let our confidence be shaken or disturbed by the relentless bad news which typically ignores the context that gives rise to the crimes committed in the name of Islam by criminals who are Muslim in name only. The context must include illegal wars waged especially in the Middle East and Asia, the collapse of civil society ensuing from these wars, and the unending, cruel, and unjust oppression of innocent people.

Social engineering is an industry creating a false reality, steering us toward perpetual war, inflaming sectarian differences, destroying privacy, eliminating transparency in government and economics, and ultimately depleting every individual of their spiritual sovereignty.

We need to be deprogrammed; we need to clearly recognize how minds and hearts are being manipulated and resist this manipulation with every fiber of our being.

There are three things I want to make us more aware of:

On the positive side, the truth is being revealed in countless ways. Voices for peace, health, and compassion are being heard. There are many reasons to be optimistic. We have a beautiful, living tradition supporting us, and so let us: